I was recently interviewed by Zafer Yilmaz (Hacettepe University)  about the snuff phenomenon. The interview is published here on the SineBlog in Turkish
Below is a translation into English:

In some interpretations, snuff encompasses historical films that entertain people by showing murder, and even propaganda murder videos made by terrorist organizations. What is your opinion on this matter? Are the criteria of "entertainment" and "profit making" indispensable in classifying snuff? What ties are there between capitalism and snuff?
If we take it that snuff is filmed footage of a murder, that the murder was intentionally staged for the film, and that the film was created for the dual purposes of entertaining an audience and generating profit, then these examples would not fit the classification.
Footage capturing genuine deaths is abundant, and some of that footage has been repurposed and sold for entertainment. Films such as Traces of Death (1993) compile that kind of footage under the auspices of entertainment. However, that footage usually captures death incidentally. For instance, camcorder or CCTV footage of a fatal accident might be included. The death was not staged so that it could be captured and the footage sold.
One might argue that a terrorist beheading video captures a genuine murder that was staged for camera, but the footage was not intended to be sold for profit or to entertain an audience. It is possible to repurpose the footage and watch it for some kind of entertainment; sites such as Ogrish, for example, specialised in repurposing footage of death, bloodshed and injury seemingly for the morbid curiosity of its users. However, the footage was not made for that purpose, and so it fails to meet the criteria for snuff. Nor was the footage created as a commercial venture. Its intention is to elicit a response and/or to make a political statement rather than to generate profit.
These distinctions might seem purely semantic, but they are vital in pinning down what snuff is and why the myth endures. The snuff myth is not really about the brute fact that a death occurred and was filmed: it is about moral violation. To put it crassly, killing is bad, but some forms of life-taking are deemed morally worse than others: we penalise manslaughter or second-degree murder less severely than first degree murder, and some consider euthanasia to be permissible. Motive matters in our moral assessment.
Snuff is a powerful myth because it flags two particularly callous motives for taking a life: the filmmaker is seeking profit and the viewer is seeking to be entertained. The monetary value and entertainment value gained from the interaction are obviously insignificant compared with the value of the life lost, and the premise of snuff is that the life was only lost to entertain those who pay to see homicide. It is also suggested that their viewing pleasure is contingent on the idea that the murder is exclusively for their entertainment. The sheer callousness of that interaction and the compounding of moral violations is what sustains the myth. The questions underpinning snuff are who would make that kind of film just for profit, and who would pay to watch (and why)?
How do you think the snuff myth (or the production of real snuff) will evolve in the future, particularly after COVID-19 and the a potentially post-democratic world)?
On one level, I would not expect the snuff myth to change much at all in light of recent events. As I’ve indicated, the premise is much more fundamental, being rooted in deeper moral questions about the value(s) of life. Indeed, the snuff myth has sustained in the cultural imagination in more-or-less the same form since the 1970s, surviving multiple recessions, changes in governments, the digital revolution, and so forth.
That said, the moral violation has a monetary component at its heart. Snuff derives much of its power from the notion that it would be morally heinous to profit from murder, to kill simply for profit, or to pay to watch murder. The idea of putting a price tag on lives has become increasingly pressing in recent decades under what many have called a neoliberal or late capitalist state. In fact, I am currently writing a book on how exploitation films explore shifting attitudes towards human life and dignity under late capitalism. The snuff myth may shift if COVID-19 disrupts what have become economic norms. If capitalism were to collapse, I imagine snuff would either vanish or flourish. The myth might vanish because it hinges on the idea that enough money can buy anything, and ultimately can allow people to indulge in their most morally heinous fantasies. That way of thinking might simply not mean much if broader attitudes towards money and its perceived importance shift radically. The concerns snuff raises about putting a price tag on life might become alien to the culture if capitalism falters. Alternatively, snuff may flourish - rather than coming across as the antiquated product of a lost era, the absolute horror of the monetary transaction might be thrown into even starker relief.

In 2019. I was filmed for two documentaries made by High Rising Productions, both of which will be available soon:

"The Last Word on The Last House on the Left": 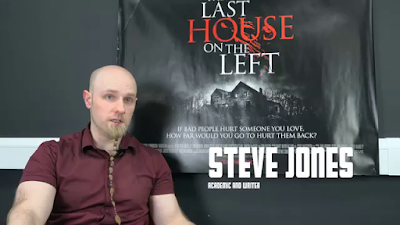 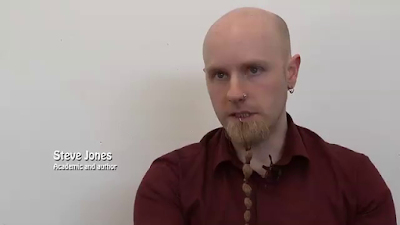